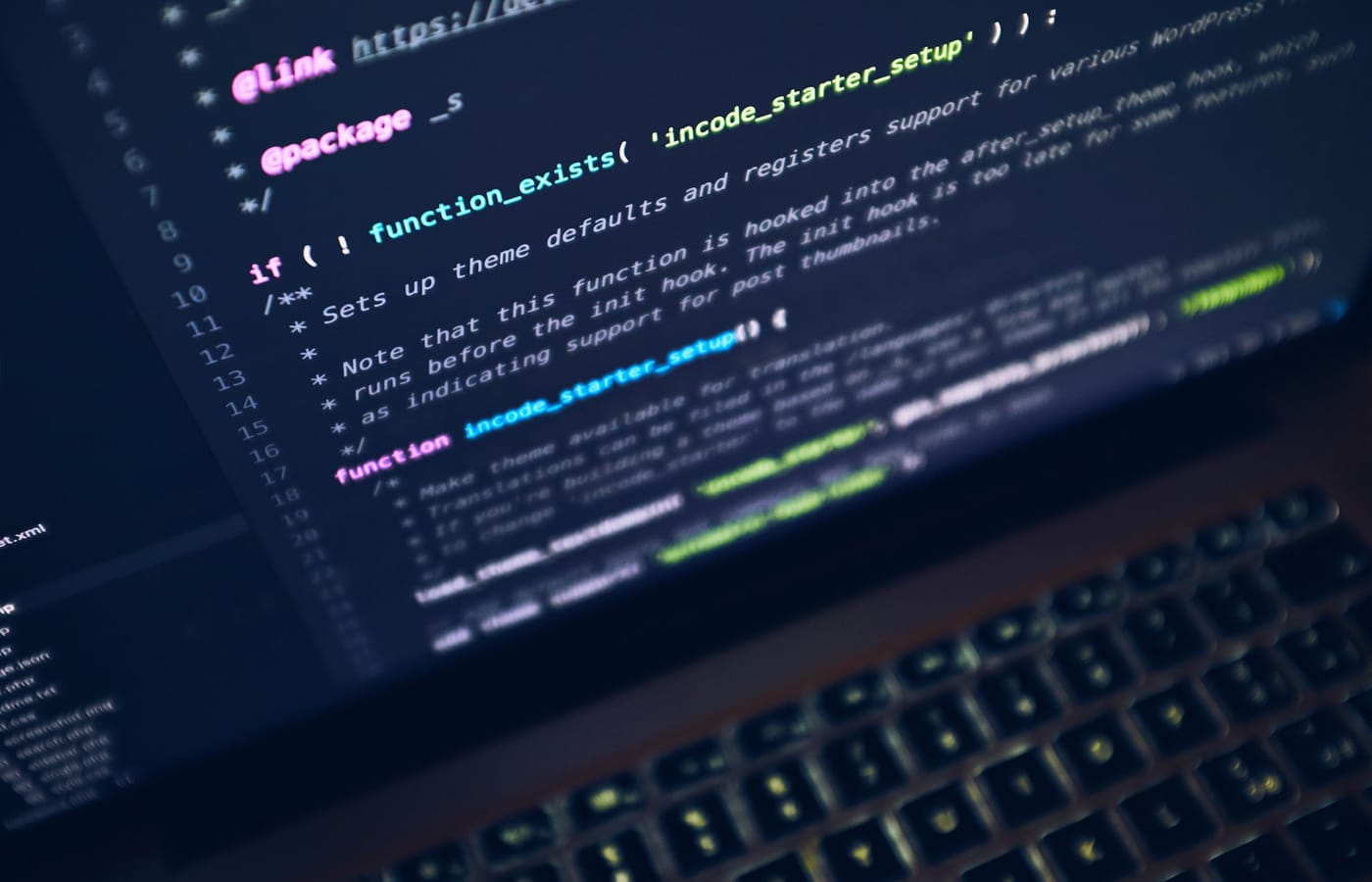 Partnering CFO and CIO: How to Use Tech to Save Money

In our eighty years of collective experience in this software licensing and auditing business, we’ve seen plenty of miscommunication happen between the CFO and the CIO. We have often seen these two key roles struggle, not only to stay on the same page but to speak the same language. Finding common ground for these two parties in software asset management is not only possible but critical for the success of any business. Since we often find ourselves balancing between these two different interests when it comes to something so critical like software asset management, we thought we’d share with you some of our findings on a CIO’s and a CFO’s unique points of view, to hopefully shrink the translation gap.

How Digital Transformation is Widening the gap between CFO and CIO

What was the IT department in business thirty years ago beyond those three people in the basement who surfaced only when a printer jammed? Back then in many industries, digital technology had no real sway over the success of a company. With the age of digital transformation, that fact has changed. Now it is a matter of survival that businesses keep up with the latest technology and IT has found themselves moved from the basement to the center stage. With the growing complexity of software licensing, ensuring software compliance can no longer be done with spreadsheets and enough organizational effort. However, such constant updates are unsettling for many businesses since change means risks and the person who hates change and risk the most is the CFO, it’s practically in their job description. The situation isn’t helped that technology is currently the largest expense a CFO has to manage, and that number is only growing as technology steadily transforms how companies are run. The CIO has to be a leader in this new technological age, both in implementing new technology and ensuring that their licenses all line up. This is where the confrontation comes from between CFO and CIO. A CIO must be innovative in order to succeed while a CFO needs to be conservative and figure out how to save their company money whenever possible.

What a Chief Information Officer Sees

A CIO typically climbs the ladder through demonstrating experience and skills in technology, so they are likely to appreciate the value of an easily implemented and efficient piece of software. They view the company in respects to how technology can improve their already existing architecture, so that means they have an interest in how technology changes.

While a new piece of software is likely the result of a successful negotiation with software vendors, it is also the beginning of a new project for a CIO’s department, something to implement, maintain and track to ensure its efficiency in the company’s technological infrastructure. It is also something that continues to make their job relevant, as many CIOs are worried that their role and their control over their department will be effectively be absorbed by the CFO despite how digital transformation has made their job more relevant than ever. In fact, in a survey conducted by Gartner and Financial Executives Research Foundation and presented in Techopedia’s article: CFO and CIO: How to Smooth out Conflicting Roles, 42% of IT organizations and executives answered to the CFO and when considering all IT investments 26% were approved by the CFO and only 5% were approved by the CIO. This transition has left CIOs feeling less confident, with only 31% seeing themselves as a valued service.

To make matters worse, in this digitally transformed age a CIO would understand the value of environment development life cycles and know that IT upgrades are needed for success, however, a CFO doesn’t necessarily value technology for technology’s sake. In fact, they could easily see it as an unneeded expense. The financial department has been relevant for far longer than the IT department has and traditionally speaking the ‘if it isn’t broken, don’t fix it’ has served companies well.  For this reason, often CIO’s investment proposals for new tech or better software is often met with an unwavering ‘no’.

How to Communicate Effectively in the Workplace:

Keep in mind how unheard and undervalued CIOs often feel. A CIO is usually only seen as the delivery of a function and would rather have a seat at the executive table than constantly feel like their authority is being undermined. A CFO should approach the situation less like a boss and more like a peer. Try to stress that any issue between the two parties is not a matter of constant cutbacks and penny pinching, but the increased business opportunity through IT.

What the Chief Finance Officer Sees

For a CFO, everything is based upon risk and rewards. They evaluate business objectives and generate a budget off of those goals. A new piece of technology can be seen as a financial risk that a CFO must turn into a strong investment with a high return. Ultimately, they are responsible for setting IT’s budget. Should the new product spike the company’s cost unexpectedly, it will be the CFO and the CIO’s collective headache to manage.

Since technology has sometimes failed to return on its promised revenue in the past, there is a practical side to curbing IT’s spending urges. That being said if the CFO believes that the new software might improve the company’s growth or provide a competitive advantage then they could easily become an advocate of the new technology. With this new age of expanding complexity, CFOs are no longer simply focused on the budget, they also have to become more collaborative and willing to accept the risks of technological advancement.

How to Improve Workplace Communication:

Demonstrations are an excellent way to allow CIOs and CFOs to meet in the middle if a CFO were given the chance to try something that was concrete and present, they may be able to better understand its benefits.

Software Licenses and Inventory Under Control

According to CIO’s article: How to Survive a Nasty Software Vendor Audit, the CIO has to make sure that their data including inventory and licenses are ready to go. That being said, a CIO has a million and one things to do during their day, so having another massive project dumped unexpectedly into their lap is less than ideal. The software audit will also involve many wasted hours drained from the CIO’s top paid IT staff when they are forced to hunt down pieces of data that the auditors might request.

The very sight of an audit might leave a CIO feeling overwhelmed, wondering how they will ever produce the data required in such a short turnaround time. Self-auditing is one way a strong CIO can prepare for a software audit. It will mean that the CIO’s company will have the data to effectively respond to a software audit in a timely manner. According to CIO’s article: How Well do You Know SAM, SAM tools can prove the lifeblood of a self-audit. Although CIOs are often faced with the need to justify a SAM tools labor-intensive and seemingly costly performance to the CFO.

It’s not a flashy upgrade or a hardware rejuvenation, in fact, SAM performed effectively does seemingly nothing at all. The business progresses, deals get made, company BBQs commence, and life is good because there’s no software audit fine to gut the company’s budget. That kind of ROI will not be appealing to the CFO.

How to Communicate Effectively in the Workplace:

A discussion into Software Asset management must be done with careful consideration into financial, contractual and legal risk. A three-year road map can chart the expected factors that can drive an asset into reality such as visibility (known unknown and unknown unknowns about your environment), compliance, efficiency, agility, and profit, according to Martin Thompson’s Practical ITAM.

For more information on SAM tools and the benefits they can bring to a company, please visit our SAM as a Service article.

CFOs don’t really have an involvement in a software audit except when they are forced to re-crunch the numbers to account for a massive unbudgeted fine or if the software audit goes to court and tarnishes the business’s reputation. Despite the expense of a SAM tool that might make a CFO cringe, according to Snow’s article Software Asset Management and the CFO, SAM tools can still be are a great way for the CFO to track waste. The re-harvesting tool in SAM features would be exceptionally useful to CFOs, as it can track where the company has purchased too many licenses in one area and redistributes it to unlicensed areas.

Currently, technology and finances stand as two of the most important pillars of business and the departments are steadily becoming more dependent on mutual communication and cooperation for success. At Metrixdata360, throughout our years as software consultants, we have had to navigate these two regions to satisfy both. If you’d like to know more about how Metrixdata360 can meet the needs of both your financial and technology departments, check out our Service Page for more details.